Showing posts from August, 2009
Show all

I Wish I Knew


THINGS I WISH I'D KNOWN BEFORE I WENT OUT IN THE REAL WORLD.


A person needs only two tools: WD-40 and duct tape.

If it moves and it shouldn't, use the tape.

Any and all compliments can be handled by simply saying
"Thank you" though it helps if you say it with a Southern accent.


Some people are working backstage,
some are playing in the orchestra,
some are on-stage singing,
some are in the audience as critics, some are there to applaud.

Know who and where you are.

When cooking, go by your own taste.

Never continue dating anyone who is rude to the waiter.

Good sex should involve laughter.
Because it's, you know, funny.

If you tell a lie, don't believe it deceives only the other
person.

The five most essential words for a healthy, vital relationship:
"I apologize" and "You are right."

Everyone seems normal until you get to know them.


"The Law of Volunteering"
If you dance with a grizzly bear, you had better let him lead.


"The Law of Avoiding Oversell"
When putting cheese in a mousetrap, always leave room for the
mouse.


"The Law of Common Sense"
Never accept a drink from a urologist.


"The Law of Reality"
Never get into fights with ugly people, they have nothing to lose.


"The Law of Self Sacrifice"
When you starve with a tiger, the tiger starves last.


"Weiler's Law"
Nothing is impossible for the man who doesn't have to do it himself.


"Law of Probable Dispersal"
Whatever hits the fan will not be evenly distributed.


"Law of Volunteer Labor"
People are always available for work in the past tense.


"Conway's Law"
In any organization there is one person who knows what is going on. That person must be fired.


"Iron Law of Distribution"
Them that has, gets.

Words to Live By?

- The journey of a thousand miles begins with a broken
fan belt and a flat tire.

- It's always darkest before dawn. So if you're going
to steal your neighbor's newspaper, that's the time to do it.

- Don't be irreplaceable; if you can't be replaced, you
can't be promoted.

- No one is listening until you make a mistake.

- Never test the depth of the water with both feet.

- It may be that your sole purpose in life is simply to
serve as a warning to others.

- It is far more impressive when others discover your
good qualities without your help.

- If you think nobody cares if you're alive, try missing a couple
of car payments.

- Before you criticize someone, you should walk a mile in their
shoes. That way, when you criticize them, you're a mile away
and you have their shoes.

- If at first you don't succeed, skydiving is not for you.

In the beginning, there was the Plan.

And then came the Assumptions.

And the Assumptions were without form,

And the Plan was without substance.

And darkness was upon the face of the Workers

And they spoke among themselves saying, "It's a crock of s%*t, and it
stinks."

And the Workers went unto their Supervisors and said, "It is a pail of
dung, and we can't live with the smell."

And the Supervisors went unto their Managers saying, "It is a
container of excrement, and it is very strong, such that none may
abide by it."

And the Managers went unto their Directors saying, "It is a vessel of
fertilizer, and none may abide it's strength."

And the Directors spoke among themselves, saying to one another, "It
contains that which aids plant growth, and it is very strong."

And the Directors went to the Vice Presidents saying unto them, "It
promotes growth, an…
Post a Comment
Read more

August 28, 2009
A shepherd is looking after his flock on the edge of a deserted road.
Suddenly a brand new BMW screeches to a halt next to him.

The driver, a young man dressed in a Brioni suit, Cerrutti shoes, Ray-Ban glasses, and a
YSL tie gets out and proposes to the shepherd,

"If Iguess how many sheep you have, will you give me one of them? "

The young man parks the car, connects his Toshiba notebook and cellular modem, enters a NASA
site, scans the ground using his GPS, opens a data base and 60 Excel tables
filled with algorithms, then prints a 150-page report on his high-tech
mini-printer.

He then turns to the shepherd and says

The shepherd answers "That's correct; you can take your sheep. "

The young man takes a nearby beast and puts it in the back of his BMW.

The shepherd looks at him and asks

August 28, 2009
Nobody will ever win the battle of the sexes. There's too much fraternizing with the enemy.

There's a fine line between fishing and standing on the shore like an idiot.

Did you ever walk into a room and forget why you walked in? I think that's how dogs spend their lives.

Don't worry about the world ending today... It's already tomorrow in Australia. (unless you're in Australia -- then start worrying)

Character is what you are. Reputation is what people think you are.

Drive carefully It's not only cars that can be recalled by their maker.

A loser is a window washer on the 44th floor who steps back to admire his work..

A man usually feels better after a few winks, especially if she winks back.

Friends may come and go, but enemies accumulate.

The facts, although interesting, are irrelevant.

There is always one more imbecile than you counted on.

If at first you don't succeed ... well, so much for sky diving. 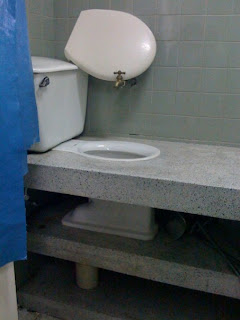